We have had very little hot weather this summer in Calgary no in fact it was quite cool and rainy most of the time. On the rare hot day we have had I knew I wanted to bake but did not want to turn the oven on.

Instead of the standard Rice Krispie square, which truthfully there is nothing wrong with, I thought I’d throw a variety of other gluten free goodies into the bowl and see how it turned out.

Well, it turned out great so I am sharing my mixture with you.

How does this sound all nestled in chewy gooey marshmallow?

In my Gluten Free Salads Cookbook you can find 27 other delicious recipes your friends and family will love, including: Cucumber Herb Salad, Roasted Strawberry Goat Cheese Salad, Sesame Noodle Salad and many more. Purchase yours today. 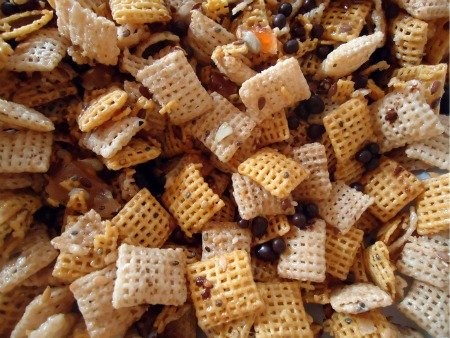 It is that time of the year again when all thoughts go to packing school lunches and it is especially hard when it has to be a gluten free lunch. What I find the easiest is to think of a gluten free lunch as a sort of antipasto meal. Pack fruit, veggies, crackers and dip gluten free deli meat rolled up, a gluten free cookie or bar and a drink. Packaged gluten free snacks are so expensive so why not make your own, this way you can add healthy ingredients as well as sneaking in some good gluten free grains.
I am so excited to have gluten free Chex here in Canada and it adds a multitude of gluten free snack options. I searched the Chex website for some recipes and then modified them to fit my likes.
Here are 2 options for gluten free school snacks, one is a sweet and one is a savory. Please feel free to add your own gluten free goodies to the mixes and have fun playing.
I started with the Original Chex Party mix and modified it to be gluten free. 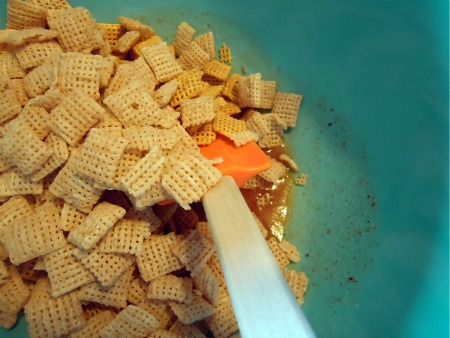 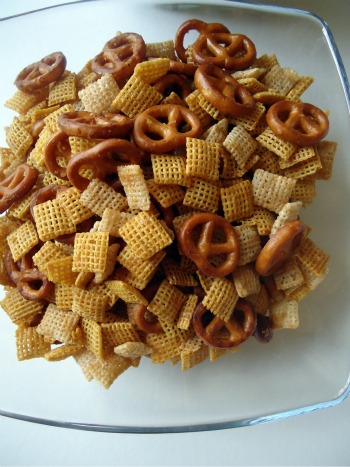 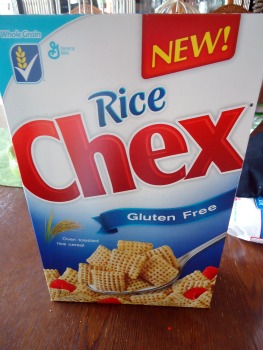 Chex cereal. Gluten free cereal. Great tasting gluten free cereal.
Early on when I was launching Wheat Free Mom I posted that I had found some amazing gluten free cereal while in Texas visiting my girlfriend. I fell in love with Chex cereal and for the last couple of years I have driven 7 hours to Spokane, Washington to load up on Corn Chex, Rice Chex, and Honey Nut Chex. I would then ration out how much of the Chex I could eat, for it was something I could not get here in Canada.
Well, no more!
While I was in Toronto in May visiting my daughter, I received an email from Amber Murphy of Optimum asking if I was interested in receiving some products from General Mills. I replied YES and waited patiently for the products to arrive.
They arrived. Was I ever pleasantly surprised! A large box arrived and when I opened it, much to my delight, discovered Chex Cereal. But not just cereal. It was a full box of goodies. 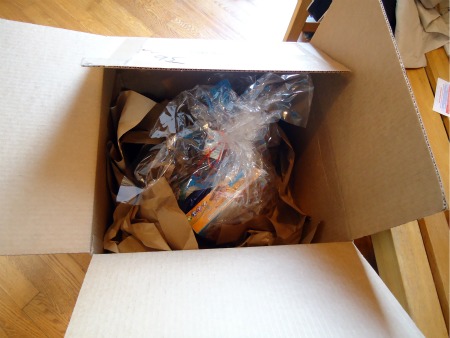 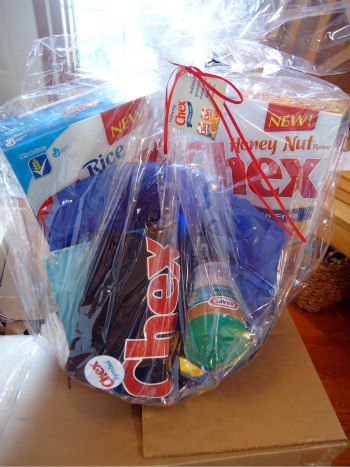 I am so greatful, and thank Amber for sending me this gift.
While out shopping this week, I have checked out to see if Chex is in stores yet. I have found it at Coop and Superstore so far. I will let you know when it appears at other stores.
Last week my son Cam and his friend were coming over to watch the Stanley Cup playoff game. Cam is also gluten free and was very happy to hear that Chex cereal is now here. So I thought I would try one of the Chex recipes provided as a game snack.
I made the Chex Brittle and as always, as my readers know, I modified the recipe a little.
Here is my version of the Brittle. But I must warn you! It is addictive!
(Cam note: I had a big bag of the Chex Brittle sitting on my counter in my condo, and a whole bunch of my friends who came over tried it without knowing it was gluten-free, and they all thought it was delicious.) 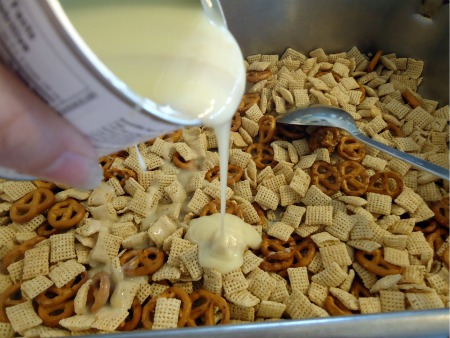 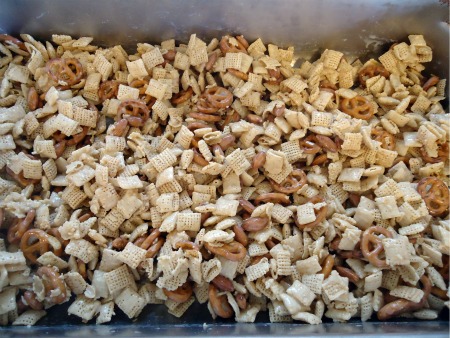 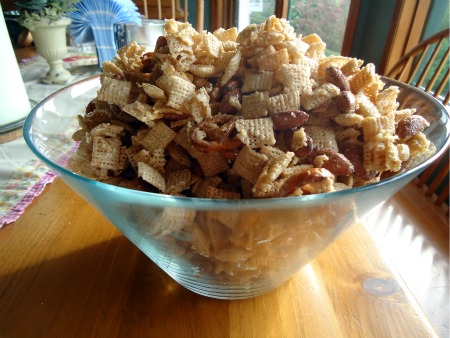 Again, I have to thank Amber Murphy of Optimum for sending me this care package. And for letting me spread the news that…
CHEX CEREAL IS IN CANADA!! And as we say in Calgary YEEHAW!